I have written about the song “Immanuel” by Stuart Townend before. I love using it during Advent because I think it provides a great narrative arc that compliments the story of the season.

Previously I’ve talked about altering the fourth stanza of text to deal with the “fear of hell.” In Jesus, there is no fear. The idea that God is looking to eternally punish anyone is suspect. “Perfect love drives out fear, because fear has to do with punishment.” (1 John 4:18)

As we sang the song recently, a new lyric jumped out to me. In the third stanza it says, “he was punished for a world’s transgressions.” As I have personally drifted away from a punitive, substitutionary atonement theory, lyrics like these stick out all the more. Violence begets violence. The idea that God violently punished the Son to make things even might be the source of many of our world’s problems.

I found this quote from Rene Girard helpful, I hope you do as well. 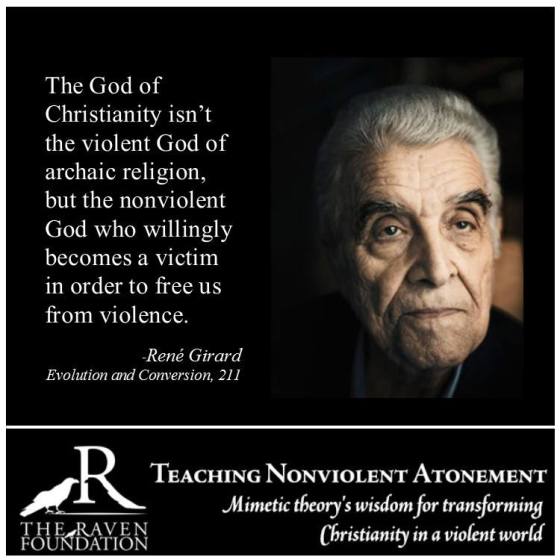 If you’re a worship/liturgy leader, you probably know the name Stuart Townend. 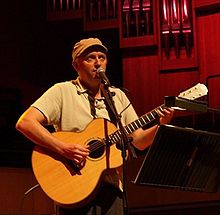 If you’re not a worship/liturgy leader, let me explain…

From his bio at http://www.stuarttownend.co.uk:

Stuart is known and respected around the world as one of the leading worship songwriters of his generation. The depth of lyrical and theological content in songs such as In Christ alone, How deep the Father’s love, The power of the cross and Beautiful Saviour have caused some to draw comparisons with the greats of previous generations such as Watts and Wesley; while the marriage of great lyrics with wonderfully accessible melodies (largely through his successful writing partnership with Keith Getty) means his songs bridge different musical and cultural genres, and reach into every corner of the globe.

In other words, he’s a worship music stud. Two of those songs mentioned in the bio are in the top 50 songs of CCLI currently. He is obviously blessed with some wonderful gifts, and millions of people sing his songs across the world.

But I had a problem with one line of his, in one song, and I changed it, and I think its a better song now.

Now let me say that song writing is hard. I consider myself an amateur at best. Songs are rarely perfected. They often have to be revised repeatedly, and even the final product sometimes needs more work. I respect Stuart. My songs stink compared to his. I’m not trying to be overly critical. But I do care about the words that churches sing. I think it’s extremely important to give congregation’s the best texts possible (both theologically and artistically). What we sing in church is as important as what is preached in church, if not more important.

The song in question is called Immanuel (or as I call it, “From the Squalor of a Borrowed Stable”). It’s one of my favorite songs. I have put it into regular rotation every Advent for years. The lyric in question comes from stanza 4, the original quoted here:

Now He’s standing in the place of honor,
Crowned with glory on the highest throne,
Interceding for His own beloved
Till His Father calls to bring them home!
Then the skies will part as the trumpet sounds
Hope of heaven or the fear of hell,
But the Bride will run to her Lover’s arms,
Giving glory to Immanuel!

Here is the part I changed:

Then the skies will part as the trumpet sounds.
Heav’n joins earth where God will dwell,
And the Bride will run to her Lover’s arms,
Giving glory to Immanuel!

Here are some reasons why I changed it:

No power of hell, no scheme of man,
Can ever pluck me from His hand;

Romans 8:1 – “Therefore, there is now no condemnation for those who are in Christ Jesus,” and the rest of the chapter is pretty good too.