On Saturday, August 9, 2014, the TUNE UP worship band gathering was held. Over 100 worship musicians, sound techs, and video techs assembled on the campus of Faith Lutheran Church in Bellaire, TX (Houston) for a multi-denominational training event. Hosting over 100 participants for the second year in a row, the event was organized by the Worship Excellence Team of the TX-LA Gulf Coast Synod (ELCA) to improve the quality of band-led worship in smaller churches.

The assembled musicians and techs represented 20 congregations including Lutheran, Nazarene, Presbyterian, United Methodist, and Non-Denominational churches. Churches that participated were both from the Houston vicinity and rural parts of Texas. 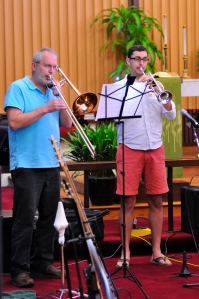 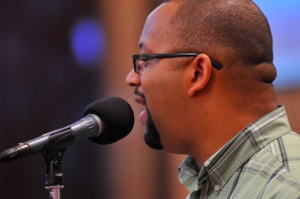 One attendee commented, “Once again, my team and I have learned and grown through your gathering.” Another responded that the information they received in their track was, “Incredibly useful.”

After a second successful gathering, we will likely offer the event again in the future. Watch the event website for details: TuneUpGathering.org.

(On Saturday, May 12, 2012 I gave a workshop at the TX-LA Gulf Coast Synod Assembly. These are the notes/images from that workshop!)

How to make a great looking PowerPoint slide

The move toward presentation software

#nowspinning
My #ordination and installation as pastor at New Life Lutheran Church in Pearland.
#TLGCS22 #shrimp #shrimpboil #galveston #galvestontexas #galvestonisland #shrimpboil🍤 #🍤 #🍤🍤 #🍤🍤🍤 #🍤🍤🍤🍤
A #sermonquote for this Sunday #3EasterC when Peter comes face to face with the One he denied knowing.
A #sermon for #2EasterC - April 24, 2022. John 20:19-31 #DoubtingThomas