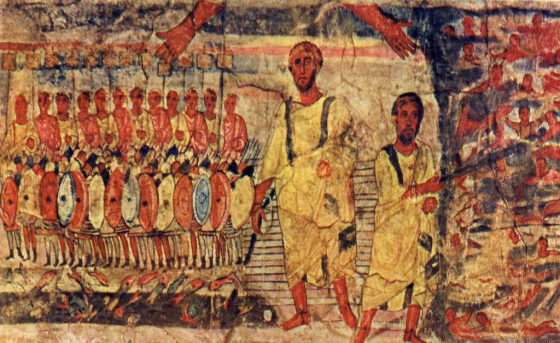 Part 1 of why we sing hymns HERE.

God’s people have been singing hymns for a long time. It’s not a new thing.

The hymn to God has been around even longer than the oldest hymns we typically sing during a corporate worship service.

The exodus, the redemption of Israel, was one of the greatest, most powerful acts of God in the history of the world. What was the response of Israel, having just experienced this miracle? A song of worship. The most fitting response to their freedom from bondage was to sing a hymn to God, who triumphed gloriously.

Jesus Christ, being greater than Moses (Hebrews 3-4), leads us through a second exodus. The waters of death are separated for us that we might walk in the reality of the resurrection-life. For us who have experienced God’s redemption through Jesus, the most fitting response is a hymn of worship!