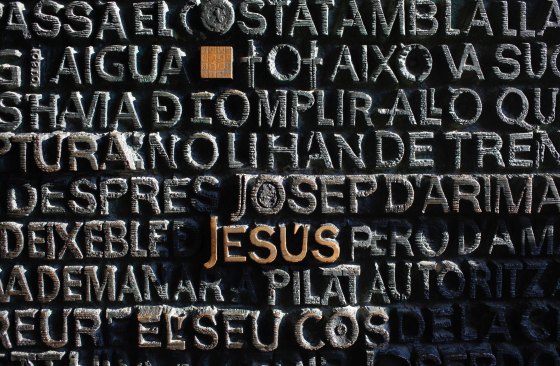 The degree to which Jesus Christ was knowingly involved in the politics of his time is a widely debated subject. Truthfully, we cannot say for certain. As much as we think we know the mind of Jesus, and as many books and sermons that have been written to give us insight, we still do not know whether his life and ministry were purposefully plotted for political reasons.

We do know King Herod, the political leader of Judea at the time of Jesus’ birth, was terrified at the prospect of a newborn child that would threaten his power (Matthew 2:1-12). We also know that Jesus lived in a time and region that was politically charged. The Roman Empire was the latest in a line of regimes to claim control of the Palestine territory. There were several factions of Jewish people that presented ideologies for how they should be in relationship with Rome. Jesus didn’t completely align with any of them. John the baptizer influenced Jesus (Mark 1:4-11). It is thought that John was part of the Essenes, whose solution to the political question was to withdraw completely and not participate. Jesus caught the attention of the Pharisees when he ate with the wrong people. The Pharisees’ political agenda was to maintain purity through strict observance of Jewish laws (Mark 2:15-17).

In the end, Jesus was executed by the Roman state, at the request of the Jewish people, for sedition (Matthew 27:1-66). Jesus’ death was certainly for political reasons.

A #sermonquote for #22PentecostB when the visually impaired Bartimaeus calls Jesus "Son of David."
I am in a loooong season of liminal waiting. It has given me plenty of time for reading, and this quote from @katecbowler latest book really stuck out to me. While progress seems slow, it is the nature of the work God has called me to. #nocureforbeinghuman
A #sermonquote for #21PentecostB when the question James and John ask Jesus turns out to be something very different than what they expected.
Have you read the Evangelical Lutheran Church in America (@ELCA) declaration to Indigenous People?
Since I haven’t showed you my new records…
Pistachio croissant