Read the Introduction, Holy Spirit, and Festival of Pentecost posts in this series.

To begin, here is a brief refresher on the narrative of the first 12 chapters of the book of Acts:

The Christian movement began as a sect of Judaism. The first disciples were Jews. There was not a neat, clean break between the Jewish faith and the new thing God was doing among first century Jesus followers. The laws and rituals that guided the Jewish faith were expressions of holiness, intended to set Israel apart for God’s purposes, to be different from the rest of the world. As the church slowly branched off from its Judaic origins all of these preexisting conceptions of God and spiritual practice had to be reckoned with.

One of these conceptions was dietary law. Leviticus 11, “establishes dietary laws for the Israelites, specifying which animals can be eaten by them and which cannot be eaten. It is difficult to discern the reasoning behind the distinctions. For instance, clean land animals are those that have divided hoofs, chew the cud, and are cleft-footed. Any animal that meets only two of these three criteria is unclean (11:1-8). Scholars speculate that in the priestly mind-set, animals of each distinct group (land animals, fish, birds, insects) must exhibit certain characteristics emblematic of that group. For instance, a fish must have fins and scales in order to be ‘clean.’ Those water animals that do not have fins and scales (like crustaceans) are ‘unclean’ (that is, they do not fit within their category) and are therefore unlawful to be eaten (11:9-12)” (Enter the Bible, http://www.enterthebible.org/oldtestament.aspx?rid=23).

In Acts 10, Peter has an episode that causes him to throw out the window all of his preconceived ideas about the dietary laws found in Leviticus 11. Here is a dramatized version of the story:

The work of new creation begins with transformed minds. God sets into the recreation of all things after the resurrection by changing Peter’s mind about what is clean and what is not. The restrictions and condemnation that had been handed down through the people of Israel from ages before were being lifted. Only the Creator can declare what is unclean, and God was telling Peter that things are different now. 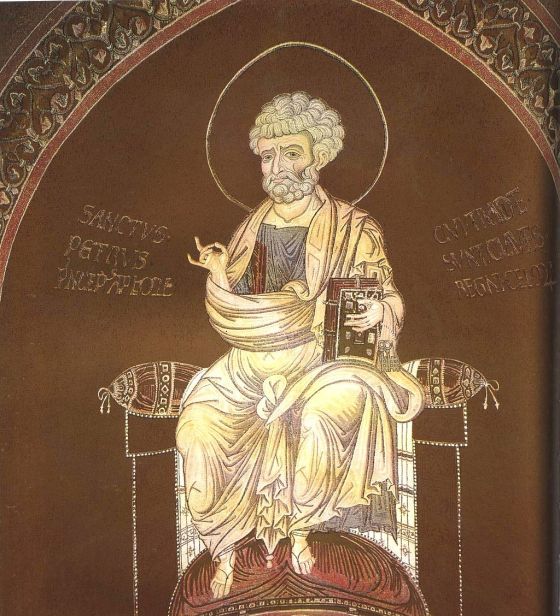 How is God doing both a new thing and continuing an old thing in the meeting of Peter and Cornelius from Acts 10? My interpretation has to do with a small detail from the story: three visitors arrive for Peter (Acts 10:7, 19). This harkens back to an old story that contained a promise that was made. In Genesis 18, three visitors who predict the birth of a son visit Abraham and Sarah in their old age. That son would be the realization of the covenant God made with Abraham: “I will make of you a great nation…so that you will be a blessing…in you all the families of the earth shall be blessed” (Genesis 12:2-3).

The narrative of Acts tells of the fulfillment of God’s covenant with Abraham. Through Jesus, centuries later, all the families of the earth are finally able to be welcomed as brothers and sisters into the people of God. The veil of who was clean and who was unclean was also being lifted. The inclusivity of God’s love was breaking free from the laws that restricted it to one nation.

For further study check out:

🥩🤤
Merry Christmas
Scenes from an #ordination.
#nowspinning
My #ordination and installation as pastor at New Life Lutheran Church in Pearland.